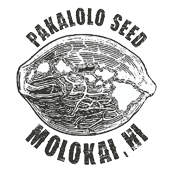 Pakalolo Seed is an Hawaiian cannabis seed bank offering some refreshing strains to the industry such as Auntie's Pie and Green River.

There were a few reasons why Pakalolo Seed was created 6 years ago.

Before our company was created we had already been making seeds since the late 90's. We've been carrying on the legacy of OG Molokai strains and have ben breeding them with new varieties.

Before Hawaii became medical compliant..."what we had is what we had' We would order seeds through attitude seed bank and once in a while special cuts would arrive on the island somehow. We were very dissapointed back then because there weren't many good seeds out there.

In 2016 Hawaii held it's first cannabis expo at the Blaisdell. We attended this event and noticed that there were a few seed companies there and that all of them were not from Hawaii. We also noticed that they were the busiest booths at the show.

The First Hawaii cannabis cup / Free the plant was another event that happened later that year. We entered the cup and attended the free the plant event the next day. There were special guest judges that included seed companies, hash extract artists, "pakalolo cannaseurs" and other people involved in the pakalolo industry.

We had heard that a certain strain we really wanted to grow was gonna be available there and we were promised that we would be able to score that pack the next day at the free the plant event. We arrived about an hour after the doors opened at the event and by the time we got to his booth he had sold out of everything! We were super suprised that he had sold out so fast!

After the event we flew back to molokai and we all got together for our usual talk story sessions. That's where and when it happened. We figured out we need to start a seed company, we needed to be the first REAL HAWAIIANS breeding, collecting, distributing and manufacturing Hawaiian genetics.

We need to share our Hawaiian gems with the world because no one was doing it over here! Or if they were doing it here they didn't have the balls to sell any of it or maybe they just didn't wanna share it with anybody. Either way we knew that the only way we were going to let everyone know how good Molokai Pakalolo is was to share it with everybody. That is why Pakalolo Seed was created.