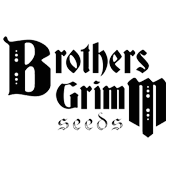 In 2002, the company abruptly closed due to security concerns. For many years after our seeds were no longer available, growers either jealously guarded their favorite clone mothers or shared them with their friends to keep them alive. Some breeders famously used our Cinderella & Apollo to create new hybrids as well as breeding filial generations as far out as F5.

MrSoul waited more than a decade to retrieve the precious clones and seeds he’d stashed safely away. In 2015, he met Duke Diamond and together they developed a concrete plan to resurrect Brothers Grimm in Colorado. The combination of these two breeders’ abilities, along with a deep reservoir of unique cannabis cultivars, is the foundation of our company.

It’s been a long time coming, and lot of work, but we’re overjoyed to have Brothers Grimm Seeds back. Their faithful followers can be assured that their tradition of stability and reliability continues with the re-release of Cinderella and Apollo lines as well as strains developed in new breeding programs. Selectively combining cultivars, according to strict genetic principles, Brothers Grimm provide the finest cannabis genetics available.