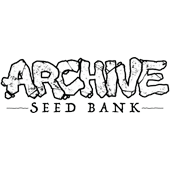 From state of the art growing and extracting supply companies, to concentrates and edibles makers, some of the highest quality products in the country are starting to emerge from the Pacific Northwest. A prime example of this high quality can be found from the genetics company Archive Seed Bank.

Archive is the region’s leader in premiere strains that exhibit exquisite traits with unique aromas, tastes, and effects.

The founder of Archive Seeds, known as The Docta, started way back in 2011 and since then has developed an amazing array of sought after strains.

Archive Seed Bank's most popular strain is The Face Off OG. The Face Off x Valley OG cross that’s called the Valley Girl, our Cookie hybrids, also the Bomb Threat cross I have called, Cluster Bomb, and the DogShit. The Dogshit is an old Seattle sativa strain. We had our Poochie Love hybrid of it recently test at 22-percent THC from Steep Hill’s new Seattle lab—and that was with seeds in it!

The genetics behind Face Off OG, is that we got some seeds from Tha Real OG Kush Man in 2005, when he lived in Seattle before moving back to Los Angeles. He also gave me a bunch of Pure Kush, Poison OG, and more seeds. But that Face Off Number 4 I got had the most unique long-lasting mouth-coating OG flavors of any of the seeds I popped. It also carried the undeniably strong potency that the original Face Off was renowned for. I kept that going and it quickly became a favorite.