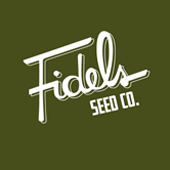 Fidel Hydro is also known for his Hash Hole, or Donut, which he popularised as the ultimate connoisseur's smoke. It comprises of a large joint, filled with solventless extract in the centre that Fidel has refined & perfected over time and ultimately branded as Fidel's Hash Hole.

During Fidel's Seed Co's recent trip to Barcelona, they helped to establish the Hash Hole culture at the Barcelona Cookies Social Club with their "Hash Holes and Donuts" event, during which they decided to release some of their prized genetics to the European market via the newly formed: Fidel's Seed Co.